Automobilia
(First published in The Magnetozine May 2018)
I am sure we all have interesting, car related memorabilia tucked away. The other day Iris Trippas produced an RAC badge which she and husband, John, had bought at an auction, many years ago, in one of those boxes of interesting bits and pieces.

Two or three initial observations:  It looked old, It was quite well cast, and, It was two sided.  One side showing the head of King Edward VII and the other an enamelled Union Jack, both sides being equally well finished but unfortunately someone had butchered the base, presumably to make it fit where it was not intended.

In a book I have, detailing the first hundred years of the RAC, the very badge in question was pictured on the dust jacket. The RAC was founded in 1897 as the Automobile Club. Several people, including Lord Montague of Beaulieu, interested the Prince of Wales in this new fangled motoring and so by 1907 (by which time he had become King) he was an avid motorist with his own car. Persuaded to give the Automobile Club the Royal Seal of Approval, the now Edward VII granted the organisation the right to be called the Royal Automobile Club. This necessitated the design and production of a new badge, in which the King had a say in the design, and I believe it to be one of these early badges that Iris owns.

Permission to use the title ‘Royal’ was granted by letter on the 27th February 1907 and, priced at one guinea, the new badges were on sale by October of that year. These were members’ badges but have sometimes, mistakenly, been called Life Members badges. They are two sided, cast in brass and then mostly nickel plated. I believe a screw was cast into the circular base, for fitting and ease of turning, and the base had an identification number on it. Arising from this is a  winged figure of Mercury holding a wreathed wheel. This is surmounted by a crown and has a portrait of King Edward VII in the centre. The reverse has an enamelled Union Jack in place of the King’s head. The intention was – travelling in the UK you had the King’s head to the fore,  overseas the badge was turned to reveal the Union Jack, so that you were ‘showing the flag’. (Apparently this is the origin of the expression!).

The original badges were very splendid, about five inches tall and nickel plated. They were available, in their original form, at least until Edward’s death in 1910, but parts of the design continued to be used right up to the thirties. Initially they continued to be two sided, although the quality of casting varied, and then in the twenties it appears they were reduced to a one-sided design.  Some still carried Edward VII’s head and some bore either a square or round Union Jack. I have not been able to discover the significance of these changes. The earlier badges were of very high quality and two were sent to the King for his Birthday in 1907 (possibly having been gold plated).
The badge Iris has, appears to be relatively early, is of reasonable quality and nickel plated but the base has been cut off, a hole drilled through Mercury and part of the reverse filed out, which will obviously have seriously devalued it. However, these badges appear to be quite rare. An early, good quality one was sold by Bonham's in 2009 for over £2,000. Very poor quality, later, single sided ones are on eBay for £30ish, with values rising rapidly depending on condition and quality. I have not seen a double sided one on offer.  Has anyone anything to add to this story?
Mike Oakins 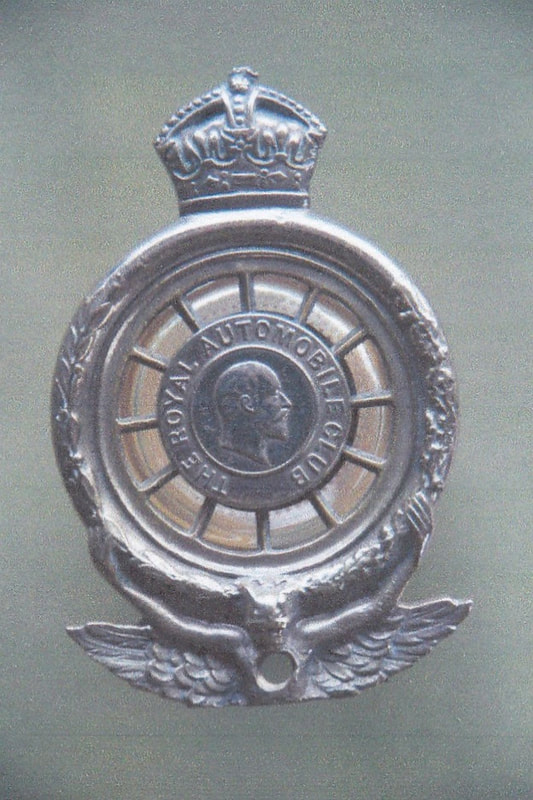 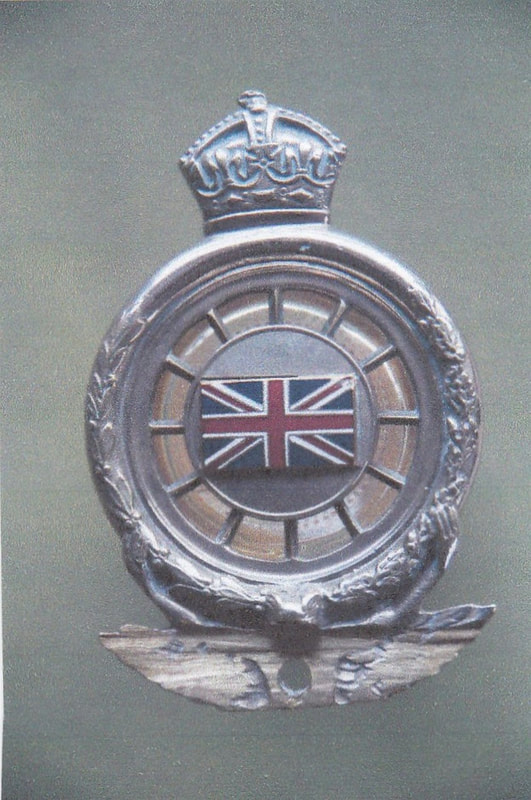 A reply from John Lawson in the June 2018 edition of the magazine.

Further to the article on the back page of last months Magnetozine , I attach a picture of RAC badge of the Devon & Cornwall Club. This badge has been in our family since the 1930’s I assume bought by my parents. It is now in pride of place on the front of my Morris Cowley. 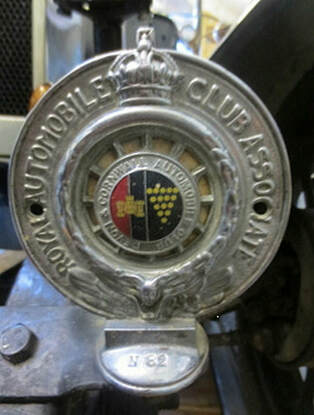