By Auboné Braddon.
A few weeks or so before filming started, David Bishop was approached by the Adrian Flux magazine 'Influx' as they wanted to do an article on car clubs and members down in the South West.  They had already done this sort of thing in the Midlands and places up North and thought it was time to explore what the South West had to offer.  This was an excellent opportunity for us to promote the Devon Vintage Car Club.

About a week before filming, we met up with Chris and Linda Bowden and discussed what Influx would like to film and how the days of filming would go.  They had a good look around Chris and Linda's lovely Standard collection and discussed all the bikes and interests too.    We then went on to visit Kate and John Manley-Tucker and did the same.  Kate and John showed them their lovely Allard and arranged that they would do some filming out on the roads with them.   Then it was over to me and a look at the Anglia's in the barn and the Anne Hall Rally car.
​ 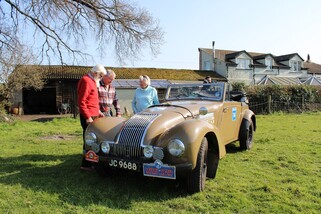 The two days filming were set and the fabulous weather was booked.  The first day which was Thursday was spent with Kate and John who had arranged a great location for filming in the grounds of Powderham Castle in the morning and the afternoon was spent in their lovely garden with all of us talking about cars, the Devon Vintage Car Club and what the Classic Vehicle movement meant to us.  This was a very pleasant afternoon and we kept John busy making us all cups of tea. 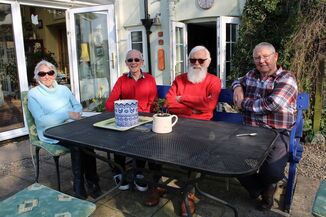 The following day, Friday, the camera crew started of at Chris and Linda's house having a look around their fantastic collection of vehicles and motorcycles.  I could spend all day there looking at their bike collection.  Chris then brought the crew over to me around lunch time. 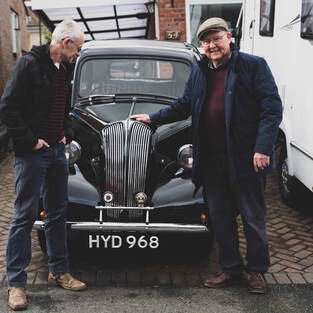 I had arranged for my friend John Reed to come over to drive the Anne Hall Rally Car for me and once everyone had arrived it was off to Clapham for some filming around that fantastic hairpin bend and a few other great pieces of road.  John has a Competition licence and often competes in Hill climbs with his 2.9 V6 Anglia so was ideal for the job and certainly didn't let us down.  We had one scene where one of the camera men was on a skate board filming as he wend down the hill as we raced past him.  I hasten to add that all these great shots were done within the speed limit too.  We then went to our local farm with kind permission of the owner to use one of the farm tracks for some dusty off road shots.  This looked like great fun, although we did get a little dusty.  I think this was a great afternoon for John using my petrol wearing out my new tyres and if he broke the car I take it to his garage to fix.  What he would call a win win situation. 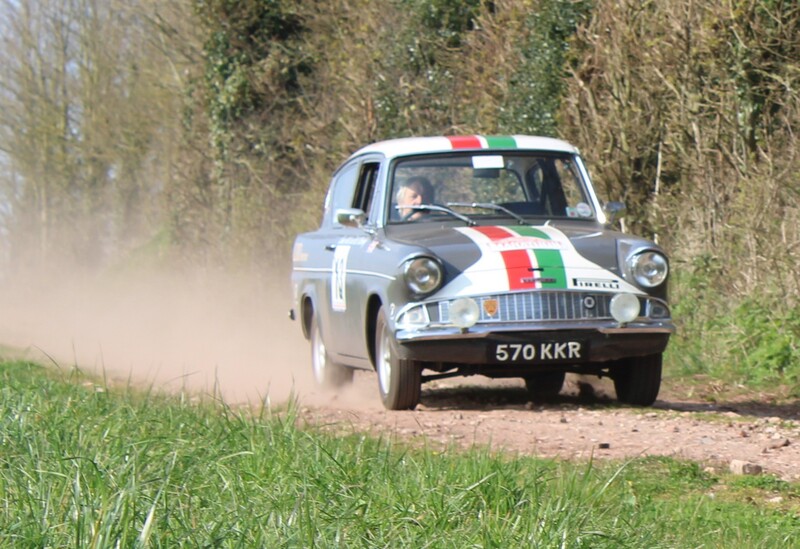 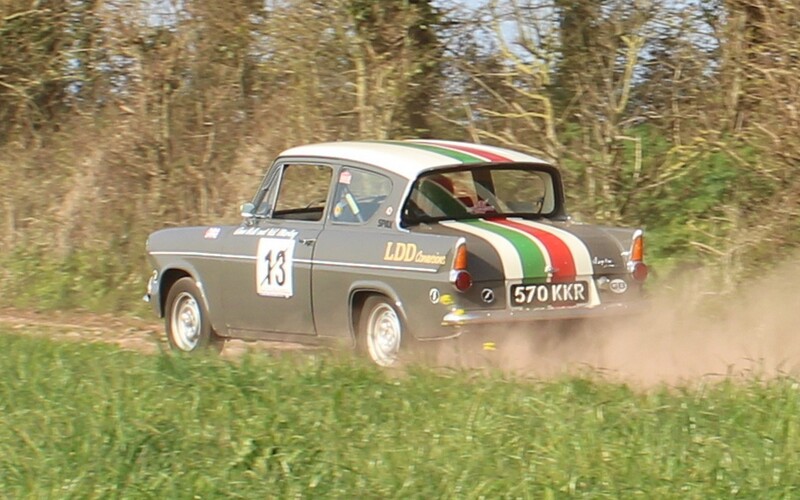 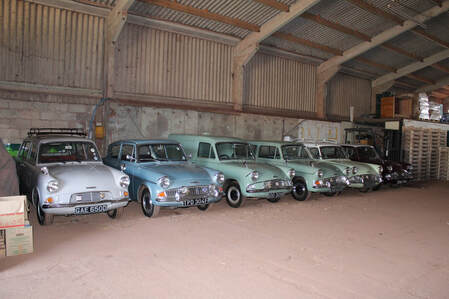 After we got all the footage with the Rally Car, it was off to the farm and some filming in the barn with more of the Anglia collection.  The workers on the farm were excellent and very helpful while all this was going on and kept tractor noise and movement to a minimum and even offering us cups of tea etc.  This was very much appreciated.

Once we had got everything needed it was time to cover all the cars up again and put the Rally Car away.  Actually the last I saw of it was John Reed and Chris Bowden racing off in it down the lane.

I think the filming will be out on Youtube on 16th of April and more in the Influx online magazine.  Thank you to the Devon Vintage Car Club for arranging this great experience with some wonderful people.
​
Auboné Braddon.