Forward to the Past
(First published in The Magnetozine November 2018)
Cars did not play a very big part in my early years.  Dad was putting all available cash into buying a house, and the neighbours were obviously also similarly strapped for spare money, which meant that there was plenty of parking space in our street!  Only on a couple of holidays was a car hired for a few days (usually a green A40 or Ford 100E). However sometime during 1958 I walked down the further end of our road to where a pair of brothers, who ran a building firm, lived next door to each other with adjacent driveways and was spellbound by the sight of two brand new Vauxhall Crestas, one red and grey and the other blue and grey. An interest was born!

Fast forward a couple of years and dad bought his first car, a Morris 1000 and we were mobile at last. This was eventually changed for an F model Victor in turquoise and grey, and how I loved that car. It was the first car I drove, on a caravan site at the age of twelve.

Moving on again to my teens, after having had a few motorbikes, and a Reliant Regal! I was finally persuaded to learn to drive on four wheels, and took my test in Dad's sporty FC Vauxhall VX/490. With a licence obtained there was only one car for me (and Dee as we were courting at the time) and that was a PA Cresta. An advert was placed in the Birmingham Mail asking for one in good condition. This was 1969 and the model had finished in 1962 and they had a terrible reputation for body rot, like most cars of that era. However we were really lucky as having seen several poor ones we came across a late 1962 model in really good order, due to having been undersealed from new when it was bought as a Company Directors car. Leather seats and Hydromatic gearbox completed the deal.

We travelled a lot in this car over the next few years. A friend was into motorcycle and sidecar track racing but did not drive a car so we towed his bike and a car full of spares and people to race circuits all over the country. Those were the days! No silly 70mph speed limit or cameras. That car   would do the best part of 90mph with trailer and full load aboard, and still do 20 miles to the gallon! Still petrol was only around 5/- a gallon then.

The car was also used as the Wedding car when Dee and I got married. The dusk rose and lilac haze paintwork looked lovely with white ribbons attached. Dee looked great as well, I must add.

Fast forward many, many years and I was looking to replace my Ford Corsair 2000E with something different. Unfortunately I have never been the type to keep cars for long periods of time, and usually anything between 6 months and about 5 years is the maximum. Whilst not looking for any particular type of car, I have had many wasted journeys looking at supposedly good cars only to find that it was a pile of junk. However in July 2016 I was taking my nightly walk through the newly listed classic vehicles on Ebay when my eyes alighted on a real beauty. A 1960 PA Cresta, looking to be in really nice condition. All the memories came flooding back! Having called Dee to “come and see this”, she was also smitten and told me to ring the owner straight away. We arranged to see the car the very next morning as it was only in Portland and the rest as they say is history! We both love the car, despite the petrol consumption! I haven't a clue what car we will eventually have next but watch this space.
Dave Cooper 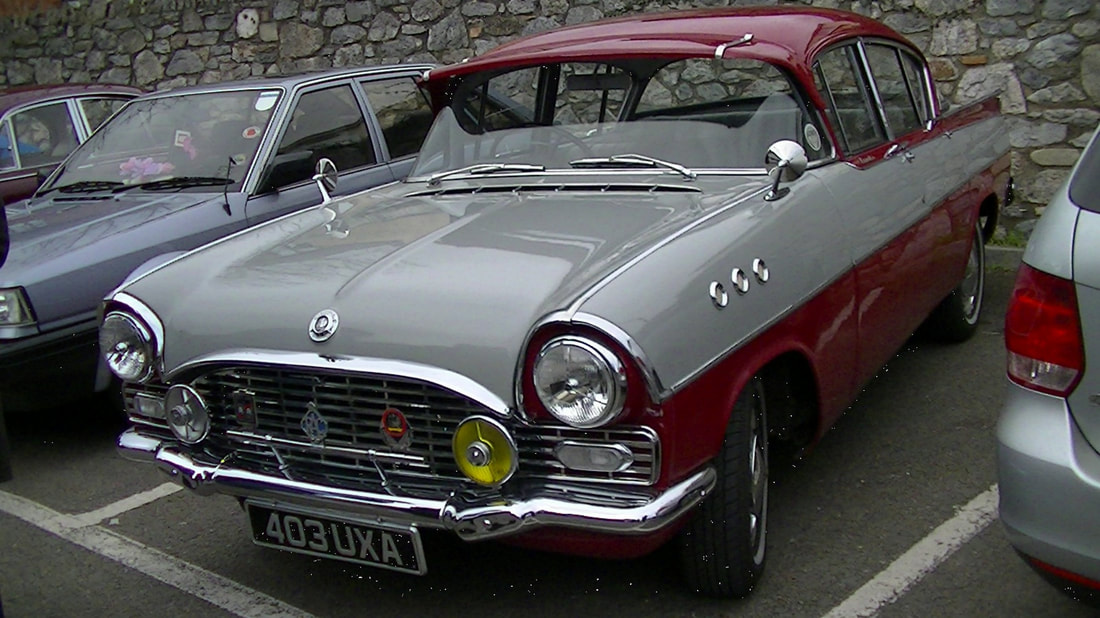